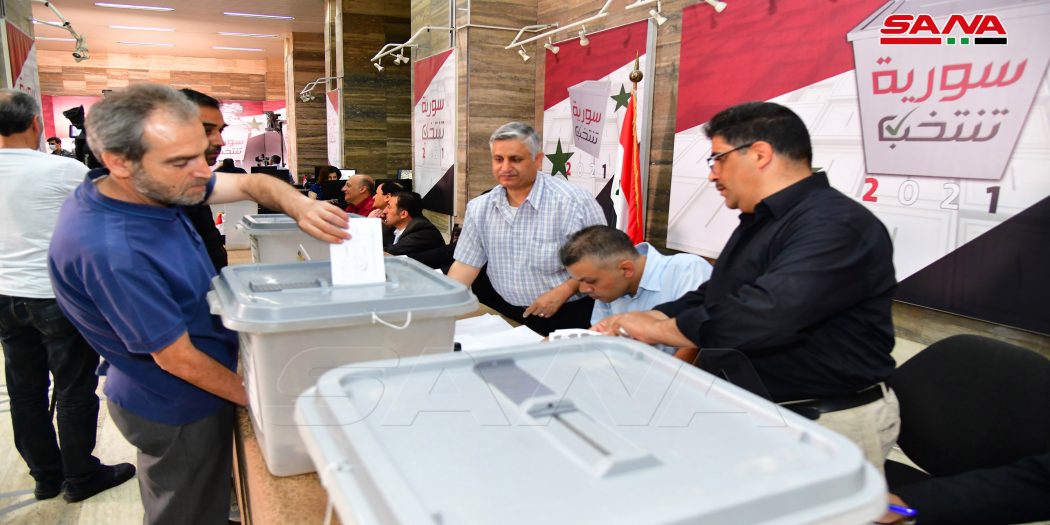 Provinces, SANA- At 07:00 a.m. on Wednesday, the presidential elections started as the voters started to flock to the polling stations in different provinces to practice their right in choosing their candidate.

The polling stations, whose number reached up to 12,102 opened their doors at 07:00 a.m. and the election process will continue till 07:00 p.m., and according to the General Elections Law, it is permissible by decision of the Higher Judicial Committee for the Elections, to extend the elections period for five hours.

SANA’s reporters in the provinces reported that the polling stations’ committees in the Syrian provinces opened the ballot boxes to the committees’ members and candidates’ agents to ensure that they are free of any paper and closed them in preparation for the start of the citizens’ voting.

The reporters added that voters queued in front of the polling stations waiting for their doors to open to cast their votes and choose their candidate for the post of President of the Republic.

The judicial subcommittees for the elections in all provinces yesterday completed the necessary preparations for holding the presidential elections along with taking all the necessary precautionary measures to address the novel coronavirus pandemic.


© 2007-2020, All Rights Reserved India|Myanmar|Pakistan|Philippines|Russia|News|War
Polling stations open for voters to cast their votes in presidential elections</nofollow>