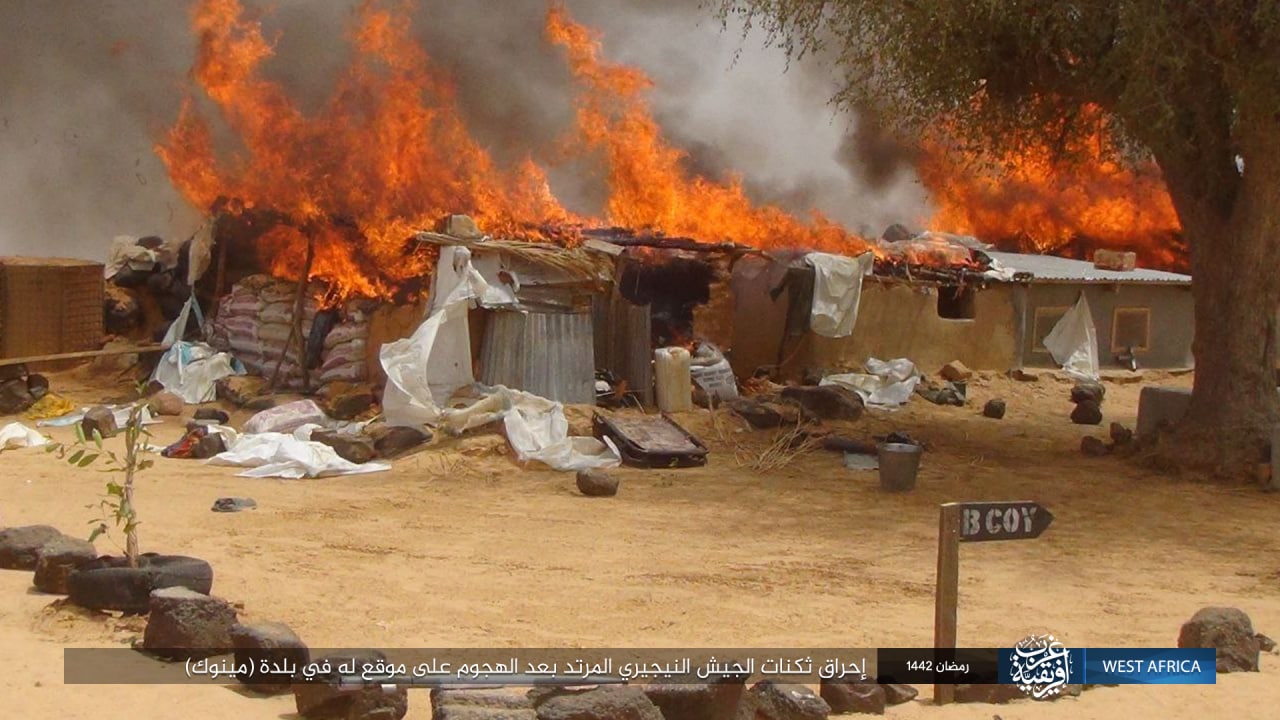 ISWNews Analysis Group: Dozens of people were killed and wounded when ISIS terrorists attacked a Nigerian Army convoy in the state of Borno.

The attack on an Army base on the outskirts of Mainok, west of Maiduguri, killed 31 Nigerian soldiers including a senior field commander. According to Nigerian media, the convoy was carrying weapons to Maiduguri when it was attacked by four ISIS armored vehicles.

ISIS destroyed Nigerian military equipment and set fire to its base after the end of the conflict. ISIS also looted five military vehicles and captured other weapons.