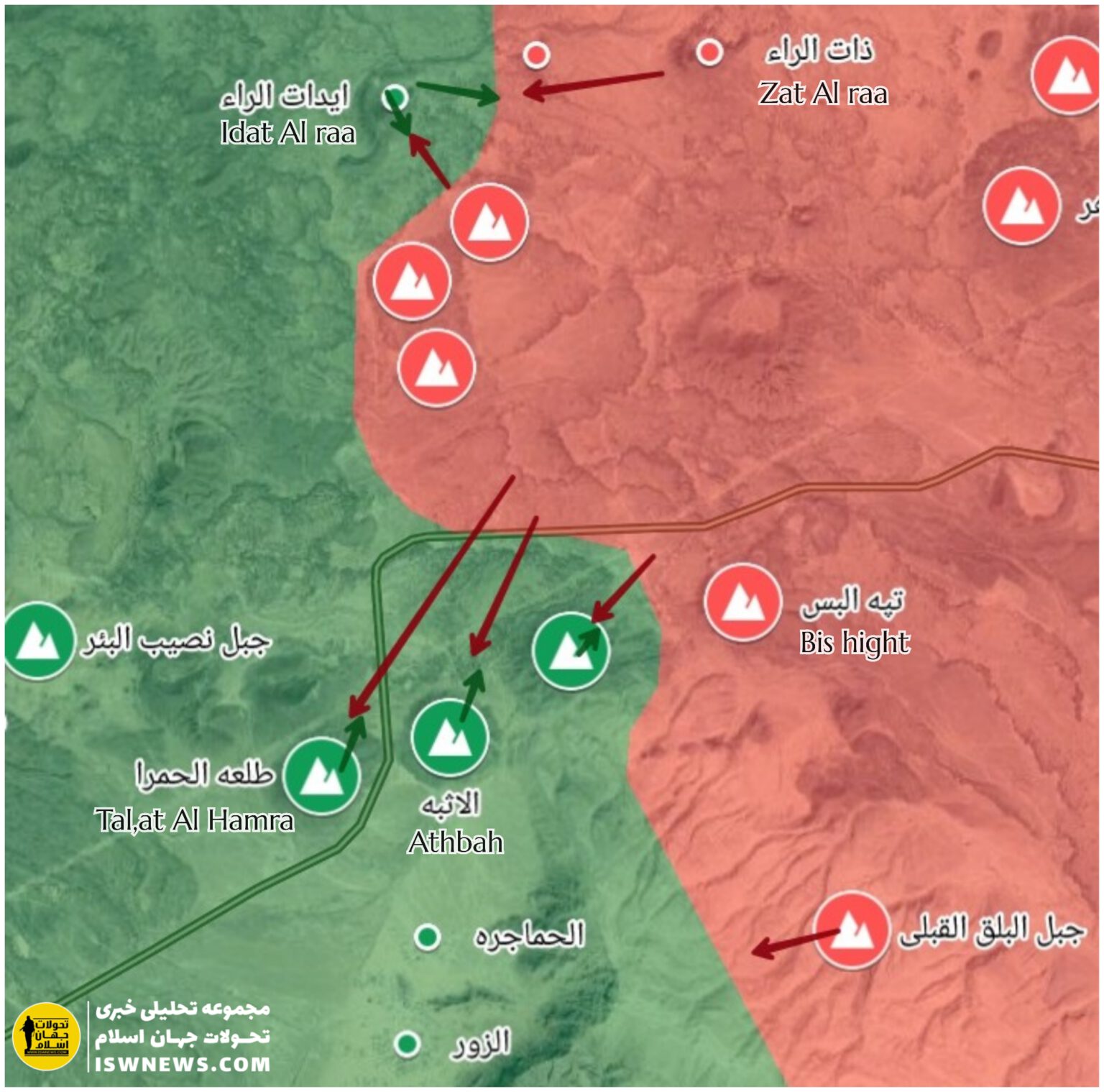 ISWNews Analysis Group: The Saudi-led forces have launched a major offensive to retake the strategic Tala’at al-Hamra area east of Sarwah in the Marib province.

According to the ISWNews field source; the Saudi-led forces, backed by Saudi warplanes, have launched a heavy attack on Tala’at al-Hamra area, which has so far failed with Ansar Allah resistance, and clashes continue in these areas.

Clashes also continue on other fronts, such as Zat al-Raa, Khashab heights, etc., and despite the claims of some media outlets about Ansar Allah advances, there has been no change in the mentioned frontlines.

In the past 24 hours, Saudi coalition warplanes carried out 18 airstrikes on Ansar Allah positions east of Sarwah, most of them in the Tala’at al-Hamra and Idat al-Raa areas.