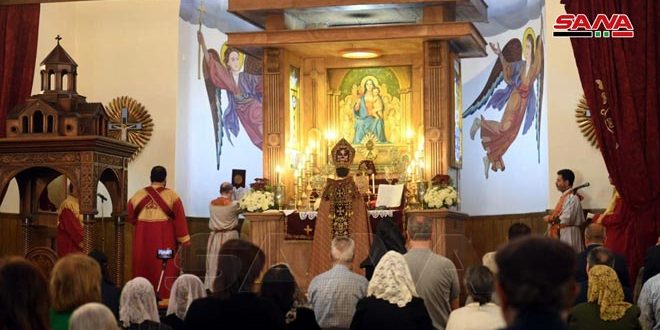 Aleppo, SANA- Armenian community in Aleppo held on Saturday masses and prayers in churches to commemorate the 106th anniversary of the genocide committed against the Armenians at the hands of the Ottomans.

A blood drive was organized at the Virgin Mary Church in Aleppo during which heads of Armenian Orthodox, Catholics and Protestants community and the Armenian consul participated in the drive ,and laid wreaths at the monument the monument dedicated to the martyrs of the Armenian Genocide amid a crowd of people.

A number of people participating in the blood drive said that the drive is an expression of the Armenian people’s loyalty to Syria and all the countries which supported them following the massacres committed by Ottomans against Armenians.