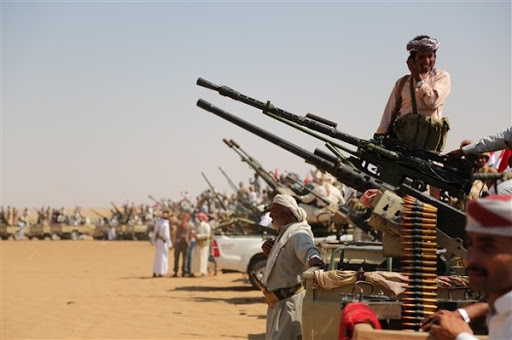 ISWNews Analysis Group: Due to conflict between Mansour Hadi’s forces and members of Al Hadyan tribe’s militants in Wadi Abidah area several people of both sides killed and injured.

The conflict took place after Mansour Hadi’s forces arrested several of Al Hadyan tribe (sub branch of Abidah tribes) people and the tribes gathered in Marib to release the prisoners. After the protests did not work, the militants of the tribes stopped the fuel cargos going to the powerplant of the city which caused several conflicts in the eastern outskirt of Marib town and Marwah station. Several of militants of both sides killed and injured so far.