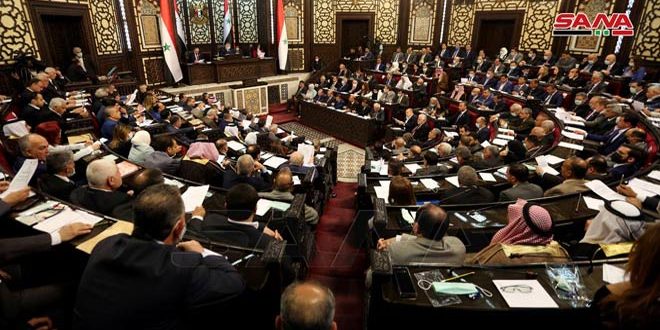 Damascus, SANA- People’s Assembly Speaker Hammoudeh Sabbagh has announced that the People’s Assembly has received two notices from the Supreme Constitutional Court on that Abdullah Salloum Abdullah and Mohammad Firas Yasin Rajjouh submitted on Monday two applications in which they announced running for President.

On Sunday, Sabbagh announced the commencement of candidacy for Presidential elections on Monday April 19th, calling on those who wish to submit their candidacy applications to the Supreme Constitutional Court within a period of 10 days which ends by Wednesday April 28th 2021.