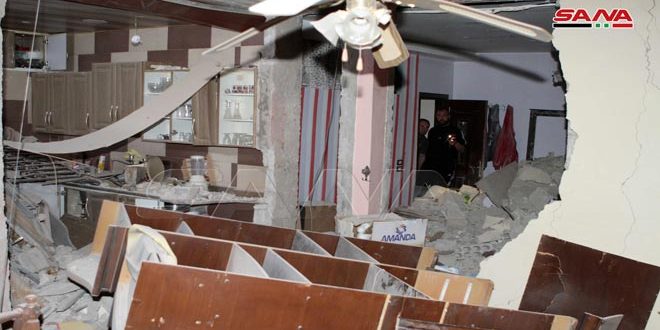 Damascus, SANA- A girl has passed away and four people were injured in an explosion due to gas leakage from a domestic cylinder in one of the houses in Mezzeh 86 neighborhood in Damascus.

A source at Damascus Police Command told SANA reporter that a girl passed away and four persons were injured due to explosion of a gas cylinder in one of buildings in Mezzeh 86 area.

The source said that some of the houses’ walls were demolished and cracked in the blast, in addition to the collapse of the celling of one of the rooms, adding that the injured were rushed to al-Mouwasat and 601 hospitals to receive the required treatment.