Citizens of Golan affirm their commitment to Syrian identity, resistance against occupation 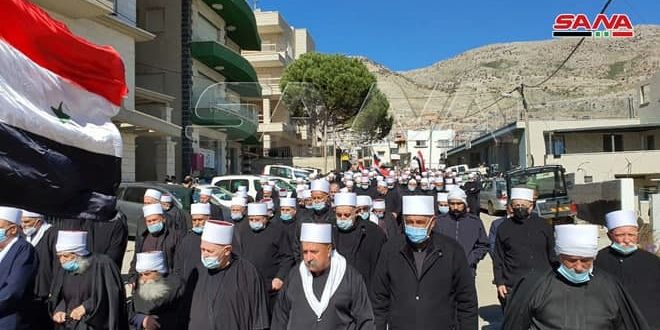 “We, citizens of Golan, affirm that Golan is Syrian in identity and history, and our resistance against the Israeli occupation will continue until liberation,” Syrian citizens of Golan said in a statement on the occasion of 75th anniversary of Independence Day.

“As we have always been loyal to the glorious heroism and blood that have made the great Independence , we will always remain loyal to Homeland Syria, its people and army and loyal to leader of Syria, President Bashar Al-Assad.