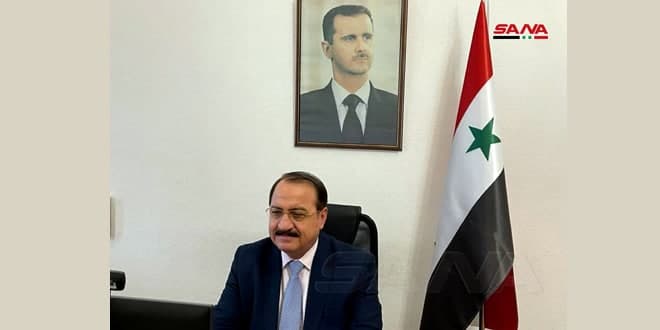 Moscow, SANA – Syrian Ambassador to Russia, Riad Haddad, stressed the necessity of intensifying efforts of all countries in order to eliminate terrorism which poses threat to international security and peace, away from politicization or selectivity.

“States that sponsor terrorism have utilised all their political, media, financial and logistic tools to support terrorist organizations that have caused pain and tragedy to Syrian people,” Haddad said during a videoconference on Friday on the occasion of the Independence Day.

He added that the so-called “international coalition against terrorism” led by the US is an illegitimate alliance that was formed outside the framework of international legitimacy and it launches military aggression against Syria targeting its sovereignty and territorial integrity.