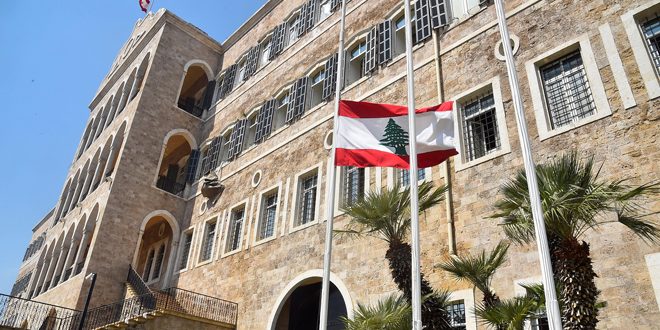 Beirut, SANA- Lebanese Foreign Ministry on Friday condemned in strongest terms an Israeli aggression in the surroundings of Damascus on Wednesday , affirming refusal to use the Lebanese airspace to target the Syrian sovereignty.

Lebanese National News Agency quoted a statement issued by the Ministry as saying that “While denouncing any attack on the sovereignty of brotherly Syria, and refusing to use the Lebanese airspace to target it, the Ministry expresses its full solidarity with Syria in the face of the repeated attacks carried out by the Israeli enemy.”

The Ministry called upon the international community to intervene to stop the Israeli repeated attack on the sovereignty of Lebanon , which constitutes a clear violation of international law, the Charter of the United Nations, and resolutions of international legitimacy.

On Wednesday, the Syrian Arab Army air defenses confronted an Israeli missile aggression that targeted some sites in the surroundings of Damascus and downed most of the enemy’s missiles.

The Israeli aggression caused the injury of four soldiers and material damage.