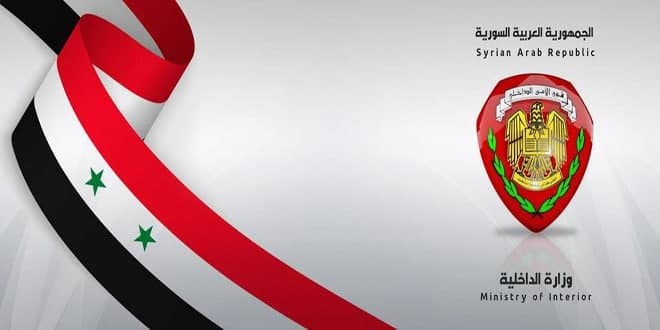 Daraa, SANA- Three members of Interior Ministry were martyred while they were performing their duties in Daraa province.

The Ministry said that three personnel of the political Security martyred on Friday in Ghabagheb area in Daraa countryside while they were performing their duties in the province.

There are some terrorist cells in some areas of Daraa attacking the Syrian Arab Army’s points and the civilians, blocking roads and plundering cars and civilians’ properties which terrify locals. Interior Security Forces there contribute to maintaining the security and stability inside that area.