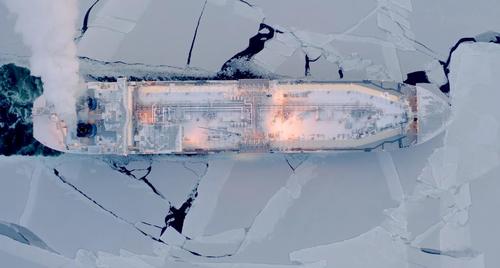 As the world waits to see if the US Navy personnel dispatched to the Suez Canal will succeed in freeing the boat (after a successful “partial refloating” that appears to have been a dry run for a more comprehensive effort once the Americans arrive), Russia sees an opportunity to promote a potential alternative, as more container ships are re-directed around the Cape of Good Hope to complete their journey from Asia to Europe.

Indeed, as RT reports, Russian energy giant Rosatom is promoting a North Sea route (recently cleared of dangerous ice flows). The effort started with a series of half-joking tweets sent last night. In the thread, Rosatom offered three reasons why Russia’s strategic shipping route through the Arctic might be a viable alternative to the Suez, despite the cold and the ice. Fortunately, as Rosatom pointed out, if a container ship gets stuck in the ice, an ice-breaker ship could be quickly dispatched to help.

The first one stemmed from tracking data that showed the ship drew a giant phallus in the Red Sea before it got jammed. The state-run corporation cheekily pointed out that the Northern Sea Route offers much more space for drawing naughty pictures with the help of a giant cargo ship.

And what better way to open one’s audience up to new possibilities than with a crude joke? In its first tweet, Rosatom said there would be plenty more room for ships to draw “crude images” in the Arctic. The tweets have since been deleted, but the first one read: “Thread: reasons to consider Northern Sea Route as a viable alternative to the Suez Canal Route1. Way more space to draw peculiar pictures using your giant ships.” 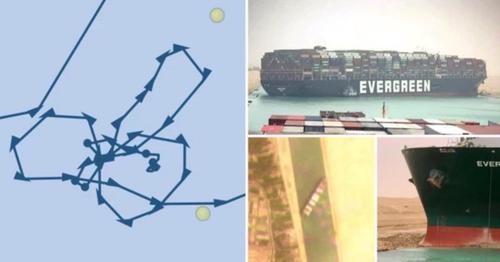 Roasatom followed up the penis joke with a more serious (and valid) point about breaking the ice: “If you get icebound, we have icebreakers, well to break the ice.”

For the third tweet, Rosatom shared a gif featuring the lead character from the 1997 American spy-comedy film “Austin Powers” showing Powers stuck in a shuttle carriage that’s moving back and forth in a narrow tunnel. The gif has become fodder for one of the most popular memes about the Ever Given’s current predicament.

Russia has cited the develoment of the Northern Sea Route as one of its key strategic priorities. In January, Minister of National Resources and Environment Dmitry Kobylkin said cargo shipping in Russia’s northernmost territorial waters would top 80MM tons as early as 2024.

Why? Because the Russian Arctic offers the shortest route linking Europe and Asia. As Rosatom pointed out, a trip from Murmansk to Japan on the Northern Sea Route is 5,770 miles, compared with 12,840 miles if one were to travel through the Suez Canal route.

Perhaps this latest crisis will help Russia achieve their target more quickly than officials had anticipated?