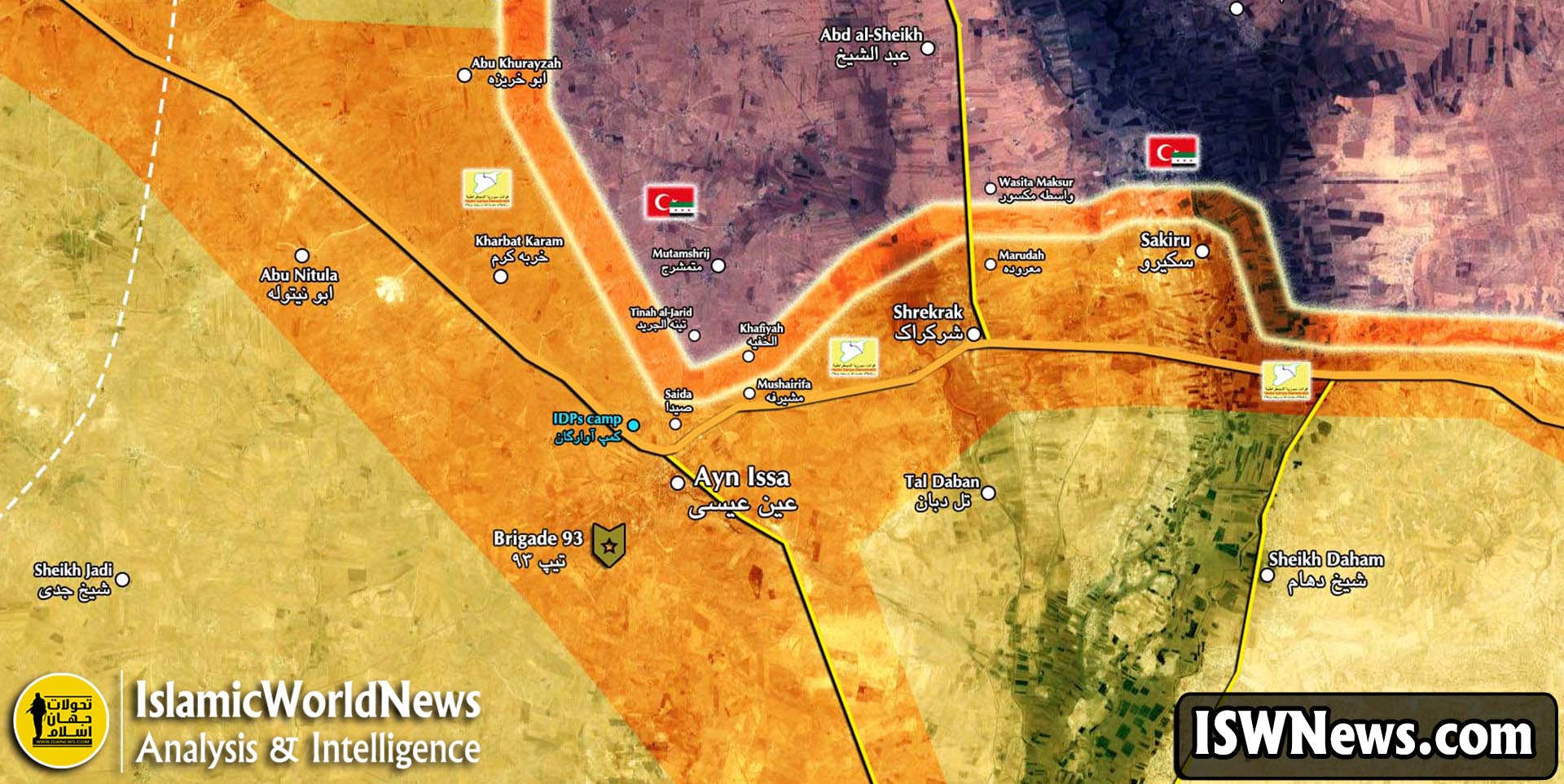 ISWNews Analysis Group: The villages of Sakiro, Mu’allaq and Sayda have been the main focus of fighting and tensions between Turkish militants and Syrian Democratic Forces for the past three days.

According to the SDF, in the last three days of fighting between the SDF and Turkish militants near Ain Issa, 37 Turkish-backed militants were killed and 18 others were wounded. The SDF also denied the Turkish Defense Ministry’s claim of SDF casualties, saying only four SDF members had been killed and four others wounded in recent fighting. Turkey has previously said that 35 SDF members have been killed in fighting in recent days.