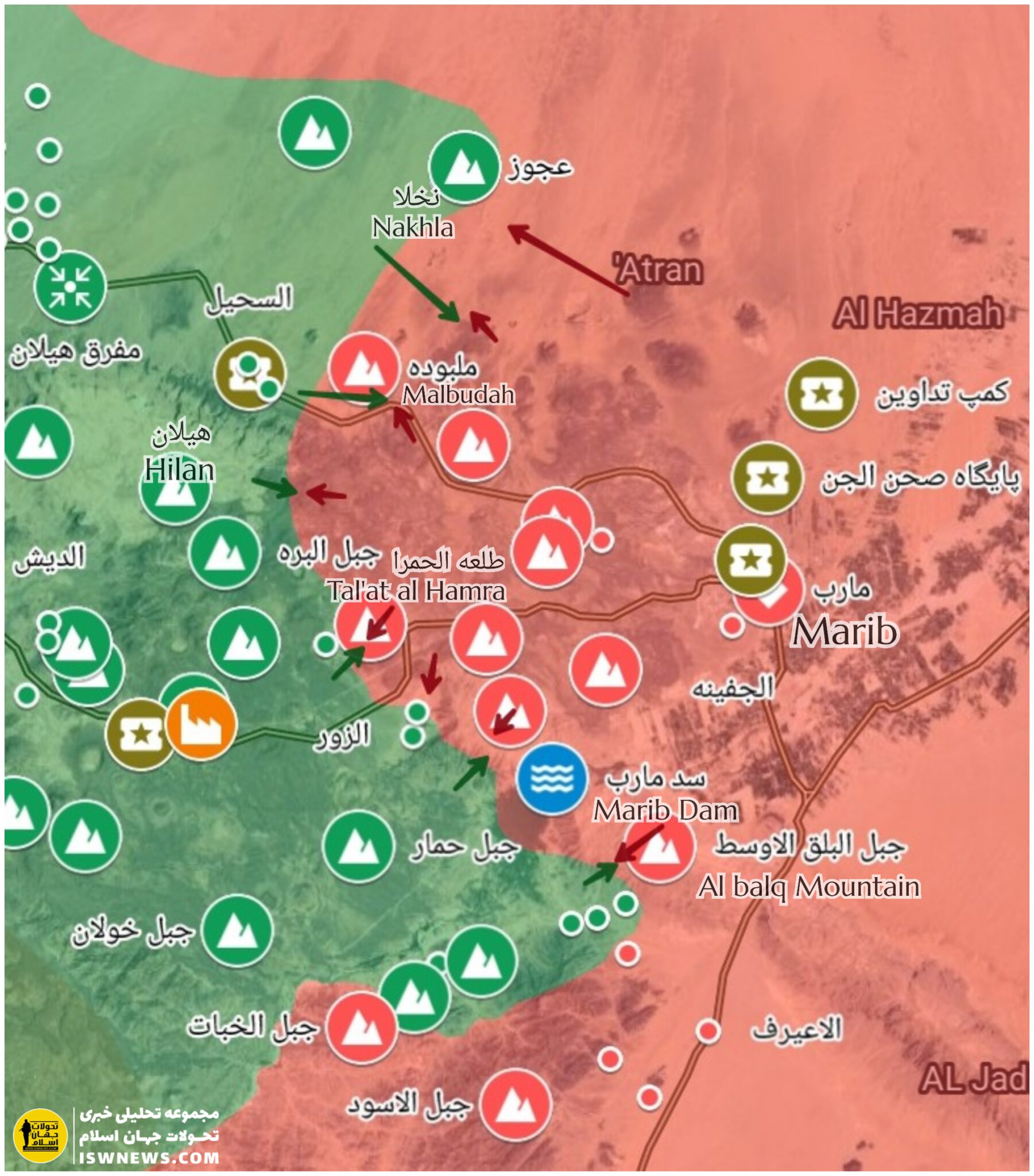 ISWNews Analysis Group: Clashes between Ansar Allah and Saudi-led forces continued on the eastern front of Sarwah and Madghal districts.

In recent days, Ansar Allah carried out a series of attacks on the Malbudah fronts, east of Hilan and Tala’at al-Hamra, and on the outskirts of the Ma’rib Dam, inflicting heavy casualties on Mansour Hadi, al-Qaeda and ISIS militants, including the killing of six field commanders.
Clashes are currently raging in eastern Hilan overlooking Idat al-Raa. These areas, due to their dispersed texture and desert climate, do not have a basis for stabilizing military positions for the two sides, and for this reason, conflicts continue in these areas.

Hilan is an area located between the Ma’rib-Sana’a road and the town of Sarwah, and includes heights overlooking the road of the same name and several higher mountains called al-Mukhdarah and Hilan.
In this regard, in recent years, news sources affiliated with the Saudi coalition and the resistance sometimes claim the dominance or retreat of the other side from the region or Mount Hilan, which creates a misconception in the minds of the audience, however the truth is that the region is always the battle ground of Ansar Allah and the Saudi coalition and there is no opportunity to stabilize this area until the control of the subsequent areas.

In the last 48 hours, Saudi coalition warplanes bombed the district of Sarwah, Madghal and Majzar 64 times, which shows the breathtaking nature of the current clashes. Also, if we see changes and stabilization of progress in the conflict lines, this news will definitely be informed by maps.